Your Scorpio Man Became Distant? Here’s What To Do! 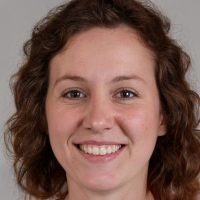 A distant Scorpio man isn’t always cause for alarm. Scorpio men might withdraw now and then simply because they take time to warm up to someone.

Don’t freak out if your Scorpio man is being distant. Reach out and try to figure out what is wrong first.

Sometimes when a Scorpio man is distant, it’s because he needs time to himself. You can reach out and offer support, but respect his wishes if he wants to be alone.

A Scorpio man might also be distant if he isn’t fully comfortable with you. Try being vulnerable with him and being empathetic. See if you can take care of his needs and make an effort to draw him back in.

Your Scorpio man might need attention from you, or he may need space. Either way, try to give him what he wants.

How do you deal with a distant Scorpio man? Your exact course of action will depend on why he’s being distant in the first place.

Don’t just assume you know why your Scorpio man is being distant. If you jump to conclusions and think he’s lost interest or get angry with him for ghosting you, that won’t make anything better!

Try to figure out why your Scorpio man is being distant. Think over everything that has happened recently. Did you two argue? Did he become distant after you said or did something specific?

If you know your Scorpio man has been busier at work lately, that might be a potential reason behind his distance. If a family member or friend is going through something, he may just be focused on them.

You can figure out what is wrong by asking your Scorpio man if he’s okay. If he doesn’t respond, you can check in with other friends who might know what’s up.

Sometimes, the best way to deal with a Scorpio man ghosting you is to reach out. Don’t always assume he’s being rude or ghosting you on purpose. Something might be wrong!

Send your Scorpio man a kind message telling him that you miss him. If you are close, you can also directly ask him if something is wrong.

If you know your Scorpio man has been having a tough time, send him a kind message letting him know you’re thinking about him and ask if there is anything you can do to help him.

If you two fought recently, you could also offer an apology or ask your Scorpio man if he wants to discuss things with you.

Your Scorpio man might not always respond right away when you reach out. He may need some time. He will appreciate you for reaching out, though. He will feel loved and may not distance himself from you in the future.

If your Scorpio man is distant, it might be because he’s going through something. Scorpio men won’t always ask for support, but yours might appreciate it if you offer it.

A Scorpio man might distance himself if he doesn’t think you’ll support him when he’s down. He might also be distancing himself because he’s dealing with a lot right now.

Offer to help your Scorpio man out if he needs it. If he seems stressed or overworked, tell him you’re happy to assist him in any way you can.

Offer emotional support as well. Let your Scorpio man know he can always go to you if he needs to vent or wants a shoulder to cry on.

Your Scorpio man might not always take you up on your offer. He will appreciate the gesture and may stop distancing himself so much.

Give Him Space If Needed

Why are Scorpio men distant sometimes? Scorpio men can be social and enjoy being with their partners, but sometimes they just need space.

If your Scorpio man is suddenly distant, he may need some time alone. He might not be upset with you or losing interest. There are just times when he wants to be alone.

You can reach out to your Scorpio man to check on him, but don’t continuously bother him. He might explicitly say that he needs space, or he may just be distant for a few days and then come back as if nothing happened.

If you respect your Scorpio man’s need for space, he’ll likely become less distant from you. He’ll trust you and know he can return without issue when you allow him to have the space he needs.

A Scorpio man’s alone time is important to him. He sometimes needs time to recharge or to focus on himself. If he’s being distant because he needs space, give it to him.

Take Care Of His Needs

Scorpio men can be loyal and dedicated partners but don’t want to be taken advantage of. If your Scorpio man feels you might be using him, he’ll pull away from you.

Show your Scorpio man that you can take care of his needs and that you don’t just want to take from him. Try to keep things even in your relationship, and he’ll stop being distant.

Try to see what you can do better next time. Ask your Scorpio man what he needs, and promise to try and fulfill those needs. That might bring him back to you.

Try to be empathetic and understanding when your Scorpio man is distant. Don’t immediately assume the worst of him just because he’s pulled away.

If your Scorpio is being distant because he’s upset about something, getting mad at him for not replying to you won’t help.

If your Scorpio man is distant because he’s angry with you, you should still try to be empathetic. Understand where he’s coming from and let him know you’re willing to work things out.

Put yourself in your Scorpio man’s shoes. Try to understand how he’s feeling. If you know what he’s going through, tell him that! He might open up to you more when you empathize with his feelings.

If a Scorpio man is distant after an argument, show him that you respect his feelings. If you said something hurtful, apologize to him. If he just wants time to calm down, respect that.

Scorpio men sometimes seem aloof, but they feel things intensely. A Scorpio man might distance himself if he’s trying to hide his feelings. Show him that he doesn’t have to hide from you.

A Scorpio man may distance himself when upset if he feels you don’t respect his feelings. If you brush him off when he’s sad or nervous, he’ll stop telling you how he feels.

You should always be respectful of your Scorpio man’s feelings. If he feels like you always judge him, he’ll distance himself from you.

Let your Scorpio man know he is always welcome to talk to you about his feelings. Validate his emotions, and show him that you respect him no matter what he’s going through or how he’s feeling.

Draw Him Back In

Sometimes when a Scorpio man goes quiet, it’s because he’s trying to get your attention. Make an effort to draw him back in, and he’ll stop being distant from you.

You can draw your Scorpio man back in by showing interest in him and letting him know that you noticed his distance.

Send your Scorpio man a message inviting him out somewhere. Tell him that you’re thinking of him and miss him.

If your Scorpio man is upset with you, you can draw him back in by apologizing and letting him know how much you care about him. Butter him up a bit with kind words and flattering comments.

Be Vulnerable With Him

Sometimes, what a Scorpio man wants to hear is that you trust him and that you want to be vulnerable with him. If your Scorpio man doesn’t think you’re opening up to him, he might start distancing himself.

If your Scorpio man is typically open with you but suddenly distances himself, it might be because you’re not being vulnerable with him in return.

A Scorpio man understands that being vulnerable is difficult. He doesn’t want to give his heart to someone who won’t give him theirs in return, though. He’ll distance himself if he thinks he’s more serious than you are.

Try opening up more and letting your Scorpio man know how you feel. When he sees that you’re willing to share more with him, he might stop distancing himself.

Welcome to Astrologism. I have dedicated my entire adult life to astrology and the mysteries of the stars. I share my truth and thoughts on this website, as a professional astrologist.
Topics
Recent Articles